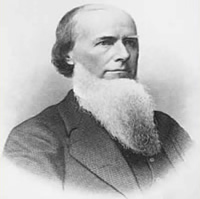 When Georgia seceded from the Union in January 1861, this area became part of the Republic of Georgia. However, the Oconee Valley delegates to the Milledgeville Secession Convention earlier had mixed views. Governor Joseph E. Brown sent diplomatic representatives to Great Britain and France. However, by early March 1861, Georgia had joined the Confederate States of America. The fall of the Union-controlled Fort Sumter in April 1861 signaled the beginning of the conflict.

Military units were formed with names like the Putnam Guards, the Hancock Volunteers, and the Greene Rifles. Georgia provided the second-highest per capita number of soldiers, 112,000, considered to be among the Confederacy’s most able, along with many leading statesmen of the day, and some of these leaders’ antebellum homes can be toured today. At least 3,466 black Georgians ably served the Union side.

As the men marched off to war, their wives and children prepared to support the war effort from home. Women took on the responsibility of managing farms. Plantations were run by women who before were considered too genteel and delicate to handle such tasks. Their efforts brought in crops year after year on the area’s farms and plantations.

News often came in the form of a letter from the commanding officer. Sometimes news of the death, injury, or capture of a loved one came in the form of an announcement in the local newspaper. As the number of casualties grew, some questioned why Georgia had entered the conflict, while others maintained their commitment to the war.

Soon growing cotton gave way to corn and grains to feed the Confederate armies and the local population. As the war lengthened, however, food shortages of bacon, and flour for making bread, became common. This led to occasional bread riots, led by women, in nearby Milledgeville and elsewhere. More importantly, women served as mainstays on the home front. They supported the war effort through relief societies, sewing circles, and other organizations that contributed everything from flags and uniforms to medicine and bandages. Some worked as nurses at the Union Point Confederate hospital in Greene County